8 years ago, on March 13, 2009, the very first copy of DaisyDisk v.1 was sold, so today can be called the official birthday of DaisyDisk!

It have been a really stunning 8 years. Four major version releases, three Apple’s “Best of Mac App Store” awards, recognition by industry’s media in over 450 reviews, lots of happy customers.

To celebrate this anniversary, the price suddenly goes down by 50% for 24 hours 😉🎂

A minor yet an important update.

We’ve finally addressed a small but annoying issue that has been plaguing the Mac App Store version of DaisyDisk for quite a while. Unlike its stand-alone counterpart, the App Store’s DaisyDisk lacked the display of hidden disk space, so in some cases our App Store customers were confused by the apparent mismatch between the sum of all scanned folders and the disk’s total used space. With the recent introduction of our free license migration service, we are finally able to display the full disk usage information in both DaisyDisk versions, and give all our users a meaningful path to reveal the hidden space, if they need to.

Also in this update we’ve improved the order, in which the disks and volumes are displayed in the overview of disks. Partitions are now sorted alphabetically by their names, grouped by physical disk were they are located. (Previously, all partitions were sorted by their logical names.) Network shares are grouped by their corresponding remote servers.

In this update we re-added Spanish and Chinese localizations (both Simplified and Traditional) and fixed a few bugs. Full change log here.

In this update we re-added Polish localization and fixed a bug that caused timeouts on network disks. Full change log here.

In this update we re-added French and Swedish localizations. Full change log here.

DaisyDisk 4.0.3 stand-alone version is now live, the Mac App Store version is submitted for review and is coming soon.

This update fixes the recently revealed Sparkle vulnerability, though at the time we were already using HTTPS so DaisyDisk users were not likely affected. Beside th fix, we re-added German and Russian localizations. Full change log here.

Please note that if you are using stand-alone DaisyDisk 4.0.1 on El Capitan, you’ll have to update manually, that is, by downloading and replacing the app. The built-in updater was unfortunately broken in DaisyDisk 4.0.1. It should still work fine though on OS X Yosemite.

Apple has unveiled its Best of 2015 collection in the Mac App Store:

What you see here made the cut—they’re the most visionary, inventive, and irresistible apps and games of the year.

And guess what, DaisyDisk is one of them, yay! :) 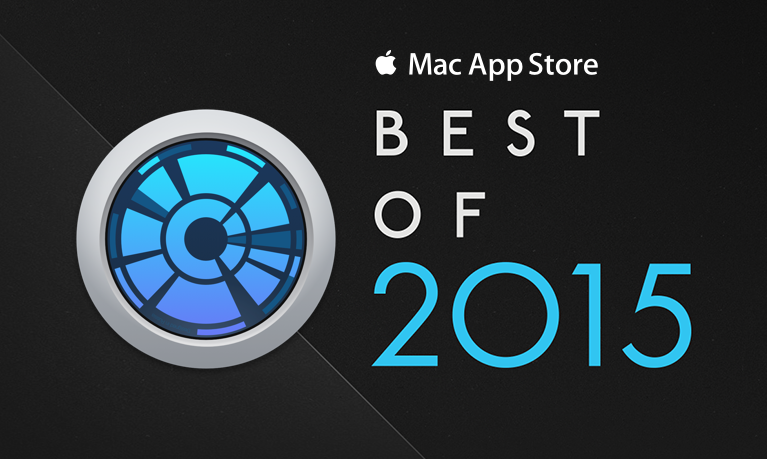 Please note that if you are using stand-alone DaisyDisk 4.0.1 on El Capitan, you’ll have to update manually, that is, by downloading and replacing the app. The built-in updater was unfortunately broken in DaisyDisk 4.0.1. It should still work fine though on OS X Yosemite.

DaisyDisk 4.0.1 adding El Capitan support is now live, both in the Mac App Store and our website. Update! :)